I once had the misfortune of living next to a guy that was in a band. He and his band practiced a lot and they really sucked which meant my parents called the police a lot to get them to be quieter. If you are a rocker with a band that needs to practice, but you don’t want the Popo at your door, the Jam Hub is what you need. Unless you are a drummer or a singer, then the Jam hug won’t help much. 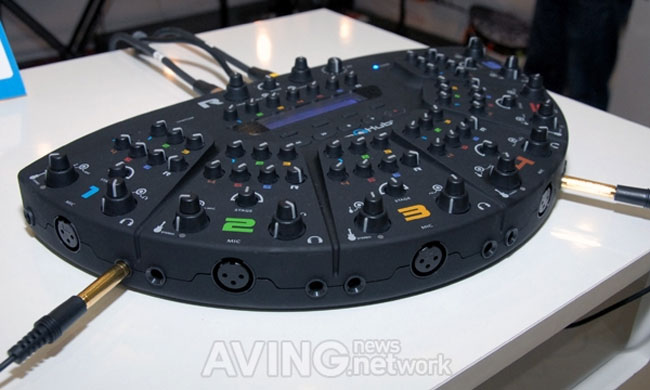 The Jam Hub is a half circle device that is festooned with knobs and ports. The idea is that you can take up to seven other electric instruments and run them through the Jam Hub to keep the music quiet and private. Each of the seven stations has an input and a headphone output and you can hear what everyone is playing. I have no idea what all the knobs are for.

I guess they are for adjusting levels of some sort. The device also has a SD card slot so you can record your sessions to playback later or for slipping into the media player of some executive at a record label. Pricing and availability are unknown at this time.