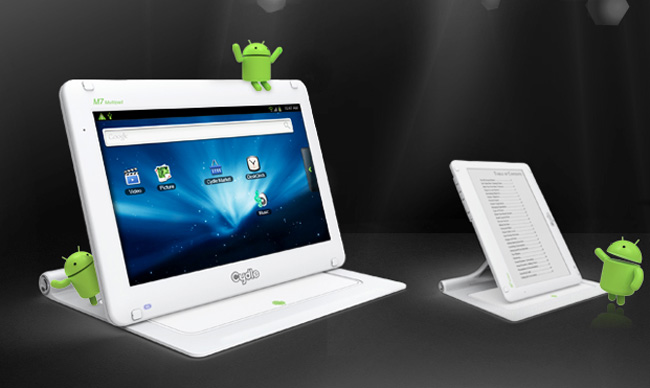 The Cydle M7 Tablet supports both Wifi 802.11 b/g and Bluetooth has a 4000mA battery. Its most eye-catching feature is the unique detachable stand, this versatile stand was specially constructed with the user’s convenience in mind.

The Cydle My Tablet is expected to start shipping in November 2010 in the United States, Europe and Korea simultaneously.