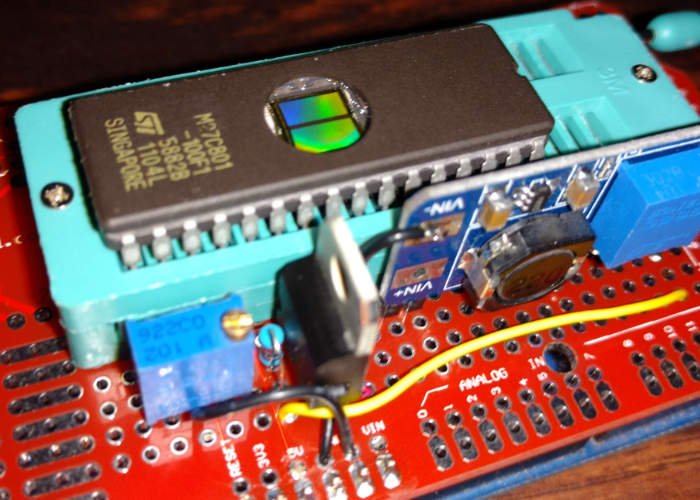 If you own a cartridge-based game system and would like to be able to enjoy new games, but are not quite sure how to create your very own custom game cartridges or have the money to purchase originals or repros.

You might be interested in a new system which has been built using an Arduino Mega development board, which allows you to burn your very own custom Eprom chips with relative ease.

The creator of the EPROM burning system explains a little more about the inspiration behind it and its design and coding.

Recently I acquired a SNES. But it only came with a bootleg Mortal Kombat cartridge. Searching for games I found a lot of repro cartridges (Cartridges with the ROM swapped) being sold at local second hand selling websites.

The problem is that they are sold usually at prices comparing to those of original untouched cartridges.  People should not overprice something they are stealing anyway.
So what? I made this post to prove anyone with an Arduino Mega and some spare components can burn a EPROM for cheap.

Okay, but then why is not everyone making their own repros? Because a programmer is not so cheap. EPROM programmers can be pricey. Even the Chinese ones (It actually depends on the place, here you can pay overpriced from some scumbag or try to import and probably be taxed).

Everything has a cost-benefit ratio and Makers/Hackers are always creating super useful tools with cheap materials. In 2014, I fixed Mega Drive cartridge using a BIOS chips found in scrap. Write flash memory is not trivial, there is a certain algorithm, but still is a relatively simple process. Maybe write EPROM was not complicated.

For full instructions and all the code you require to be able to burn your very own Eprom chips jump over to the creators website for more details via the link below.