Microsoft released their Windows Phone 8.1 developer preview earlier today, this is the first version of Windows Phone to come with Microsoft Cortana, and now we have a video of Cortana vs Siri vs Google Now.

The video below was put together by the guys over at Windows Phone Central, and it shows the iPhone 5S with Siri, a Motorola Moto X with Google Now and the Nokia Lumia Icon with Cortana. 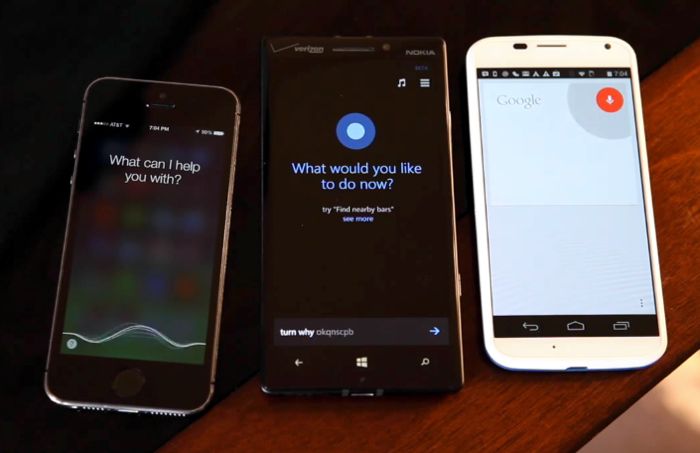 Microsoft’s Cortana seems to perform pretty well up against Apple’s Siri and Google Now, considering that this is a beta release of the software which is available in the Windows Phone 8.1 developer preview.

It will be interesting to see what improvements Microsoft makes to Cortana before the final version of Windows Phone 8.1is released to everyone.