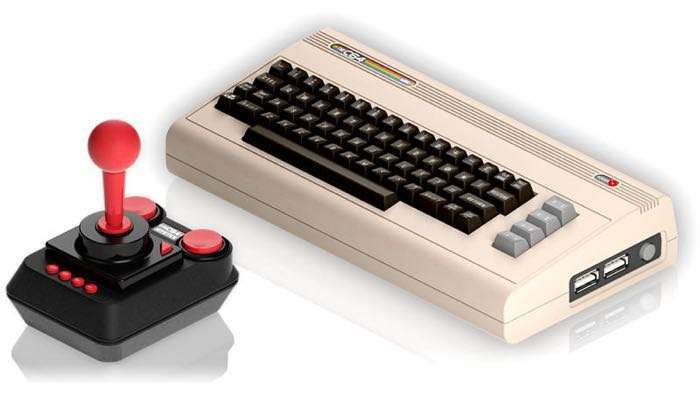 It looks like the SNES Classic may have some competition in the for the if C64 Mini. Retro Games Limited have announced that they are launching a new version of the Commodore 64 and it comes with 64 games included.

The C64 Mini comes with a single joystick and it also has two USB ports and you can add a second joystick or plug in a full sized keyboard. The device is a fully working computer and it comes with BASIC.

35 years later and it’s back. THEC64® Mini plugs into any modern TV via its HDMI port and gamers can play any one of the 64 licensed classic pre-installed games. This includes games from original legendary developers such as Epyx, Gremlin Graphics, Hewson and The Bitmap Brothers; and boasting titles such as California Games, Speedball 2: Brutal Deluxe, Paradroid and Impossible Mission. Most of these were rated over 90% by leading publications of the day, with many winning coveted awards. From sports to shooters, platformers to puzzlers, there’s a plethora of titles to keep the most discerning retro enthusiast happy.

You can find out more details about the new C64 Mini over at the company’s website at the link below. The device will retail for $69.99 when it launches later this year.