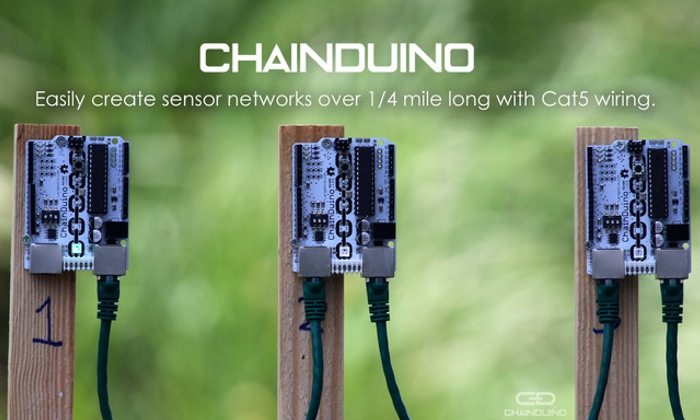 Developers, makers and designers that enjoyed using the Arduino platform to make their creations, might be interested in a new Arduino board called the ChainDuino.

The ChainDuino has been specifically designed to provide users with a daisy-chainable Arduino board which can be connected using just Cat5 connections.

“After stumbling upon the incredible world of Arduino™, and its global community of creative geniuses, I knew I would never look at technology the same way again. I started to think about everything differently, and quickly realized the unlimited potential of using sensors to monitor changes and events.

I kept finding myself wishing there was a way to easily connect Arduino boards, usually for the purpose of collecting sensor data from multiple places at the same time. While I do find wireless gadgets fascinating, I have always been more of a hardwired fan when it comes to permanent installations. I’m also a huge proponent of powering remote devices over Cat5, also known as Power over Ethernet, or PoE.” 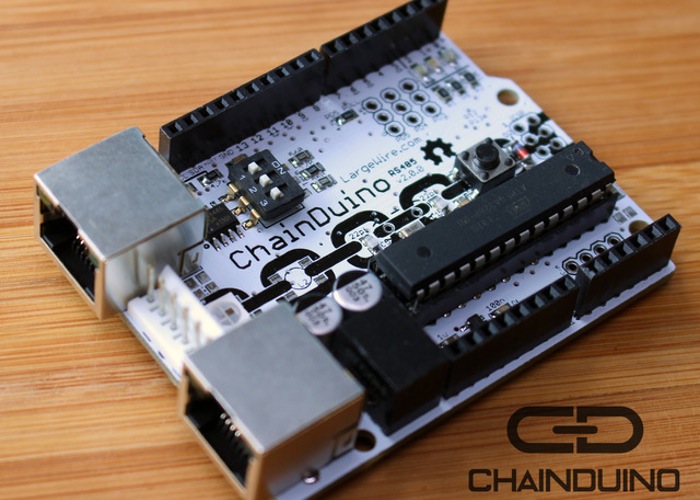 “The ChainDuino is a daisy-chainable, Arduino™ compatible development board that allows you to easily connect multiple boards together with standard Cat5 cable.

The boards communicate using built-in RS-485 circuitry, and share power using passive PoE+ over the same Cat5 cable! Adding boards to the chain is as simple as programming them with the Arduino IDE, and plugging them in.  And yes, the entire ChainDuino platform will be open hardware and open source.”

The ChainDuino Arduino board project is currently over on the Kickstarter crowd funding website looking to raise $2,500 in pledges to make the jump from concept to production.