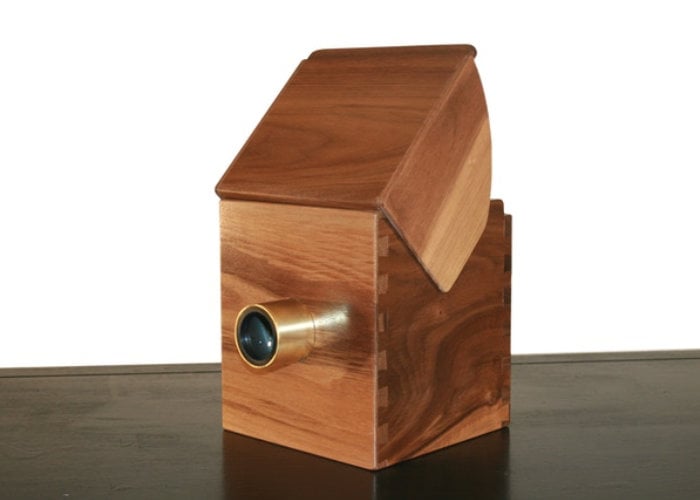 Artists and photographers may be interested in a new device launched via Kickstarter this week in the form of the Camera Obscura, which offers a modern yet traditionally finished “old masters’ secret tool”. watch the demonstration video below to learn more about the unique wooden camera which can be used for drawing, painting and uniquely creative photos.

The camera obscura has an internal first-surface mirror that reflects the image to the top of the box and flips the image right-side-up. This allows the image to be photographed, filmed and drawn more easily. Les Cookson and Ken Higginson have created 10 Kickstarter campaigns and explain more about their latest Camera Obscura which is now available via Kickstarter with early bird pledges starting from $239 or roughly £197. The campaign is successful worldwide shipping will start during November 2019. This camera obscura also sports a very useful lid/shade and can be moved up and down or removed as needed. This helps protect and keep unwanted light off the screen.

“I have built thousands of camera obscuras of various designs over the past decade. I launched this style of camera obscura on Kickstarter in 2015. Since then, I have built this style off and on, but stopped building it altogether last year because I was too busy running my LUCY Drawing Tool business. This new Kickstarter project is in response to numerous requests for me to build more of these Deluxe Walnut Camera Obscuras.