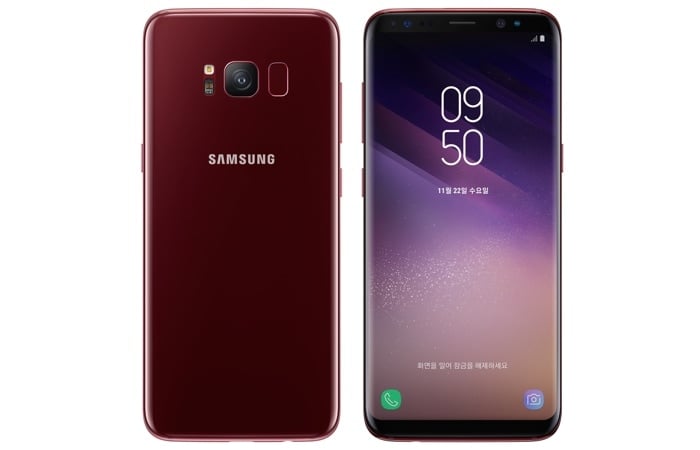 Samsung has announced that their new Burgundy Red Samsung Galaxy S8 is now available in South Korea. The handset has gone on sale in Korea today and Samsung also revealed it was coming to more countries soon.

Samsung Electronics has officially announced the release of a bold new colorway for the Galaxy S8: Burgundy Red. The striking edition will be available first in Korea beginning on November 28, before rolling out to select markets.*

The new, luxurious hue accentuates the elegance of the Galaxy S8’s ergonomic glass and metal form, creating a seamless and refined aesthetic that will resonate with a wide range of tastes.

The Samsung Galaxy S8 features a 5.8 inch display with a QHD+ resolution of 2960 x 1440 pixels. It is powered by a Snapdragon 835 or Exynos 8995 depending on the market and it comes with 4GB of RAM and also features 64GB of storage.

Samsung has not announced which countries will be getting the Burgundy Red Samsung Galaxy S8, as soon as we get some more details we will let you guys know.