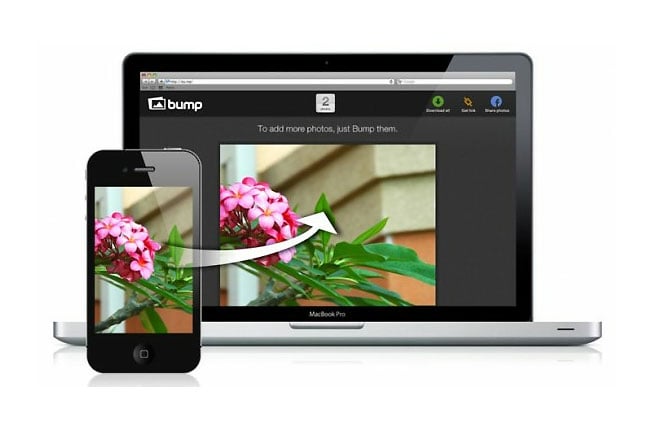 Bump doesn’t have any limit to the amount of images you can store on their site. Dave Lieb, co-founder and CEO of Bump explained to tech site Mashable that users

“One of the comments we always hear is ‘I wish my computer worked just as well. I wish there was Bump on my computer’ so we decided to build that.”-“They don’t want to deal with these cloud services and having accounts and all that.”