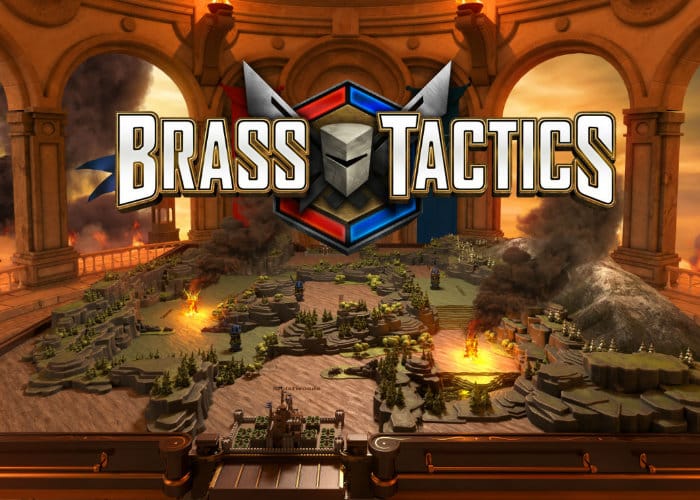 The highly anticipated virtual reality tabletop strategy game Brass Tactics, created by the team responsible for games such as Age of Empires II, will be officially launching via the Oculus Store on February 22nd February 2018. Brass Tactics is now available to preorder providing a saving of $15 off the recommended retail price of $40. Check out the quick teaser video below learn more about the highly anticipated real-time strategy game, that allows you to control your troops and view the complete battlefield within a virtual reality environment.

As well as providing multiplayer modes Brass Tactics comes with a 6+ hour single-player story campaign and allows you to customise your army with dozens of units and upgrades all of which have exploitable strengths and weaknesses. Other features include unlimited single player vs AI, online competitive, and online cooperative modes, all available to play on 20+ uniquely crafted, hand-detailed virtual reality maps. Offering the ability to test your strategies against three unique artificial intelligent personalities each with four difficulty levels.

Developers Hidden Path Entertainment has also announced a free to play early access game Brass Tactics Arena will also be made available on the Oculus Rift, a little earlier from February 15th, 2018 onwards. For more details jump over to the official Brass Tactics Oculus Store page where it is now available to purchase priced at £19. No details have yet been announced as to whether Brass Tactics will be available via Steam for the HTC Vive virtual reality hardware. But as soon as more details are announced we will keep you informed as always.