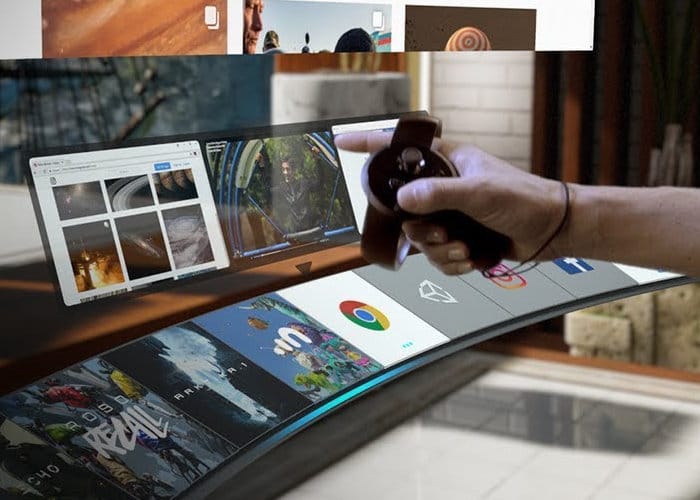 Oculus Rift virtual reality gamers playing games using the SteamVR application will soon be able to enjoy access to the Oculus Dash, thanks to an update that will be rolling out as part of Rift Core 2.0. providing users with an overlay menu offering access to social features, the ability to browse their desktop and more. Watch the demonstration video below to learn more about the Oculus Dash application launched last year.

The SteamVR Beta update (1515629250) release notes explain that support for Dash 2.0 the Rift Dashboard will now render on top of the scene where possible rather than requiring users to swap to a white room. Depth can be passed from applications for proper compositing, but will require individual applications to update to use the latest OpenVR SDK explains Valve in the release notes. Valve has also included a new update for OVR status for hiding controllers, lowering rendering requirements and pausing.

Dash was a new command centre designed specifically for the Oculus Rift and launched during October 2017. Once accessed users can access virtual reality libraries multitask across your favourite PC desktop applications all with a quick wave of your hand using the built for touch interface.