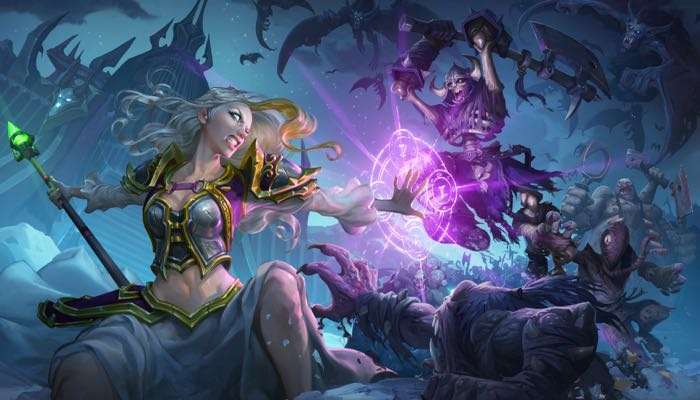 Blizzard has announced its latest expansion for Heathstone, the Hearthstone: Knights Of The Frozen Throne expansion.

The company will be releasing the Hearthstone: Knights Of The Frozen Throne expansion in August, have a look at the video below.

In Knights of the Frozen Throne, players storm Icecrown Citadel, the Lich King’s frozen fortress, in pursuit of the forbidden might of runic magic. Rumor has it the Lich King seeks champions to imbue with the icy essence of undeath: players will soon receive his favor in the form of nine new legendary Hero Cards that, when played, transform Hearthstone’s heroes into fearsome Death Knights, granting frost-rimed armor and modified powers. The Lich King has also decided to bestow players with a new power from beyond the grave: “Lifesteal,” a chilling new keyword, heals players for damage dealt.

You can find out more details about the Hearthstone: Knights Of The Frozen Throne over at the company’s website at the link below.