Yesterday we showed you a video of the new BlackBerry Z30 compared to the BlackBerry Z10, and now the guys from N4BB have put together another video comparing the Z30 to another device.

The latest video compares the BlackBerry Z30 to the Samsung Galaxy Note 2, have a look at the video below to see how the two devices compare side by side. 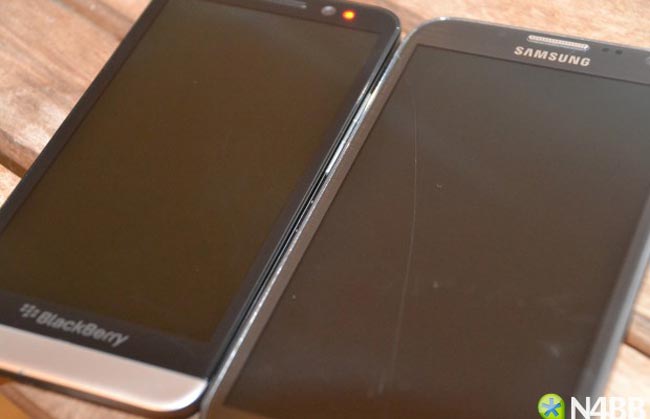 The BlackBerry Z30 comes with a 5 inch HD display that features a resolution of 1280 x 720 pixels, the handset is powered by a Qualcomm Snapdragon S4 Pro processor and it features 2GB of RAM.

The Z30 comes with 16GB of built in storage and has the latest version of BlackBerry’s mobile OS, BlackBerry 10.2, the device features front and rear facing cameras.