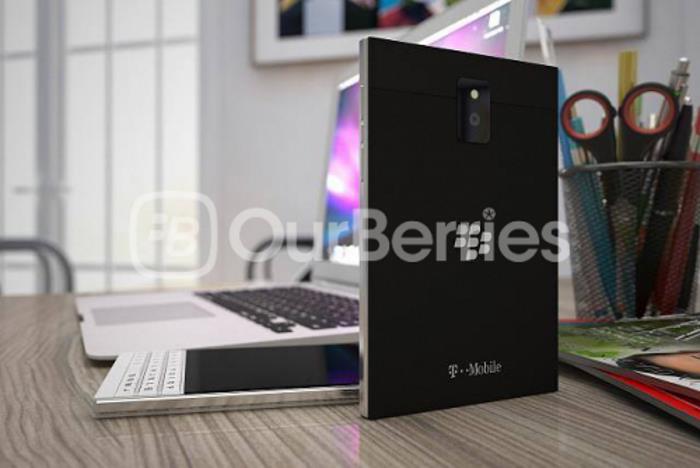 Blackberry and T-Mobile don’t have the healthiest business relations over a marketing promotion earlier this year where they asked users to switch to an iPhone 5S, and other trade-in deals. This did not end well as Blackberry decided not to renew their contract with the carrier.

It seems rather unusual, but the folks at OurBerries have posted an image of what appears to be a Blackberry Passport with the logo of the Magenta carrier on the back. This could mean that T-Mobile may offer the weird Blackberry Passport on its network once its officially announced by the Canadian OEM.

Blackberry Passport is come with a 4.5-inch display with an unusual resolution of 1440 by 1440 pixels, a quad-core Qualcomm Snapdragon 800 chipset with a clocked speed of 2.2GHz, Adreno 330 graphics, 2GB of RAM and 32GB internal storage, coupled with a microSD card slot for expansion.

There’s a 13MP camera on the back with optical image stabilization, a 2MP front-facing camera, a 3,450 mAh battery and runs Blackberry OS 10.3 out of the box.

Blackberry has scheduled an event on September 24th where the company is expected to announce the long rumored Blackberry Passport. The event will simultaneously take place in Toronto, London and Dubai.

We’ll update you as soon as we get any other information about the device.