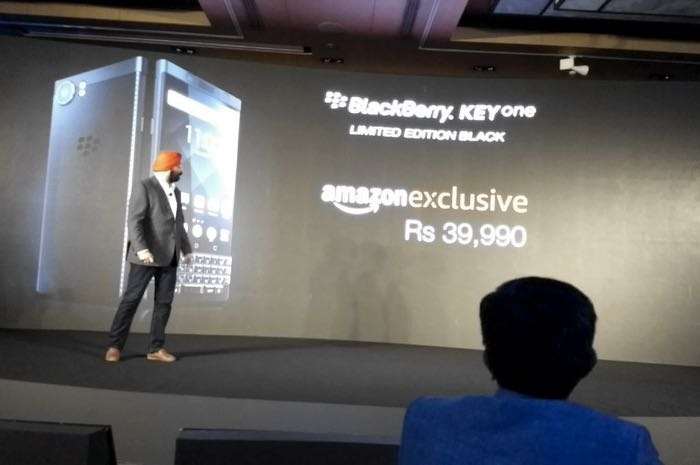 The BlackBerry KeyOne Limited Edition Black will be sold exclusively through Amazon in India and the handset will cost Rs 39,990, which is about $624 at the current exchange rate.

The BlackBerry KeyOne Limited Edition  comes with a 4.5 inch display that has a resolution of 17620 x 1080 pixels.

The device is powered by a Snapdragon 625 mobile processor and it comes with 3GB of RAM and 32GB of storage. There will also be another version of the device with 64GB of storage and 4GB of RAM.