BlackBerry had previously said that they would launch another BlackBerry 7 smartphone before the end of the year, and now it would appear that we have some photos and specifications of the device, the BlackBerry 9720. 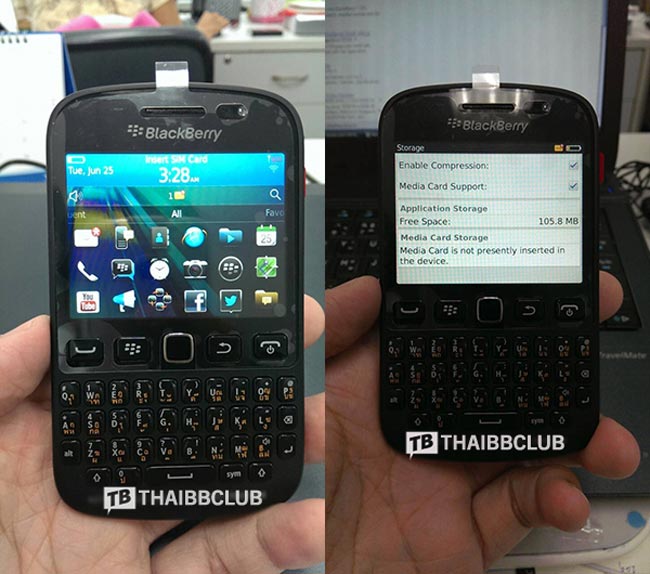 The BlackBerry 9720 will apparently come with BlackBerry 7, a BBM button, 3G, a JS1 battery and 105.8MB of RAM, thos are the only specifications we have on the device at the moment.