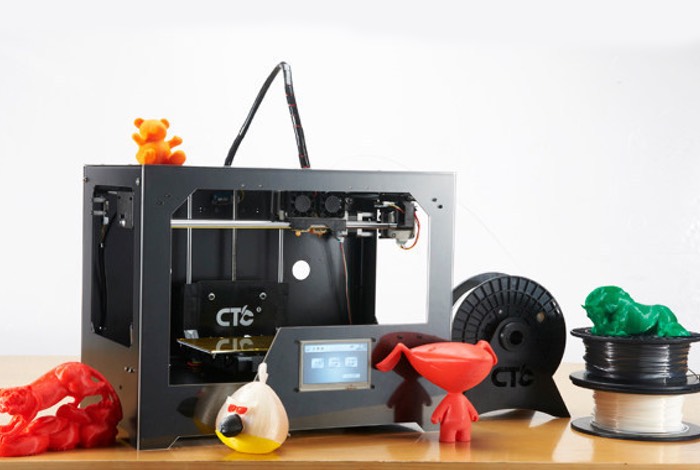 A new touchscreen dual nozzle 3D printer has been unveiled this week by CTC Electronic called the BIZER III, that offers a build volume of 11 x 5.7 x 5.9 inches and is priced at $1,300.

CTC Electronic was the first Chinese company to enter into the world of 3D printer manufacturing and their latest creation builds on the tecthnoogy used in their previous 3D printers.

The BIZER III Has been constructed from steel to increase stability and is fitted with a touchscreen LED control panel that replaces previous models physical button panels. CTC Electronic’s Public Relations director, Siyi He explains :

“CTC Electronic has massively improved the software and hardware of the open source technology used by Makerbot. The control software has been significantly transformed in CTC BIZER III. The highly user-friendly interactive interface has greatly lowered the bar for 3D printing operation.”

The BIZER III Is capable of printing with 1.75mm in ABS, PLA, PC, rubber and wood and can either be used via its integrated SD card reader or connected to a computer via USB offering a Minimum thicknessof 0.0039-0.0197 inches.

For more information on the new CTC BIZER III 3D printer jump over to the CTC Electronic website for details via the link below.