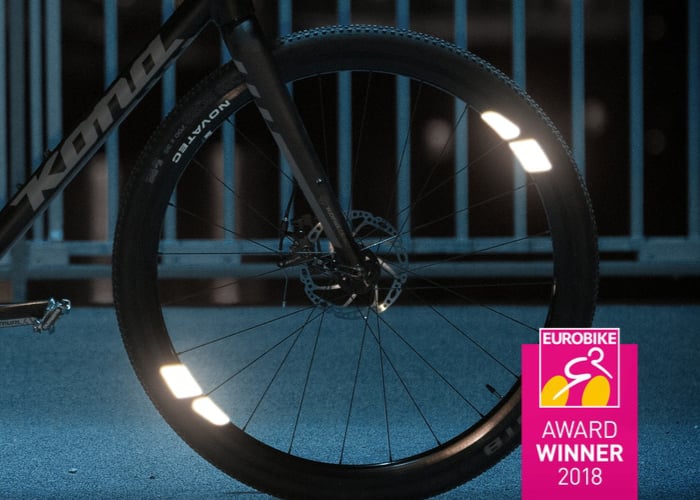 Cyclists needing reflectors for improved visibility at night may be interested in the FLECTR 360 CL bike reflectors which offer 360 degree visibility and have been created by The Outsider Team based in Munich, Germany. “Ride safe without sacrificing style & performance of your bike. Now in eight vibrant colours.” Watch the demonstration video below to learn more about the new bike reflector which is available from €14.

If all goes well worldwide shipping is expected to take place during April 2019. The convex profile of a modern bike rim offers the perfect base for an adhesive wide-angle reflector.

“FLECTR 360 has received many awards for its exceptional design. This safety part wraps razor-thin around your rims and from wherever car headlights are approaching, it grabs the driver´s attention. All around, without exception. We complete our “reflection- all-around” series of FLECTR 360 with the brand-new FLECTR 360 CL. Now FLECTR 360 comes in a selection of new vibrant colors and new comfort features on top.”