Belkin has announced via Computex Taipei, that it has already rolled out an update to their new Thunderbolt dock, even before it has hit stores, adding Thunderbolt in and out support enabling daisy chaining support. 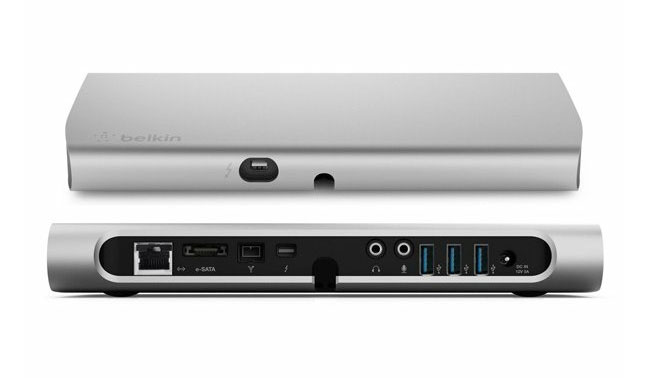 The new Belkin Thunderbolt Express dock is expected to launch next month and brings with it a range of storage and audio-video connections. Including 1 xFireWire 800 port, 1 x Gigabit Ethernet port, 1 x eSata port, 2 x Thunderbolt ports, 3.5mm audio in and out ports.

“The Thunderbolt Express Dock is a first-of-its-kind docking solution for both PC and Mac users that enables instant access to up to nine desktop peripherals with one cable, and provides an easy transition from a desktop workstation to a mobile device. Upgrades to the latest version of the dock include the addition of three USB 3.0 ports, instead of USB 2.0 ports, as well as an eSata port.”

The new Blekin Thunderbolt dock will start shipping in July and will be priced around $400.