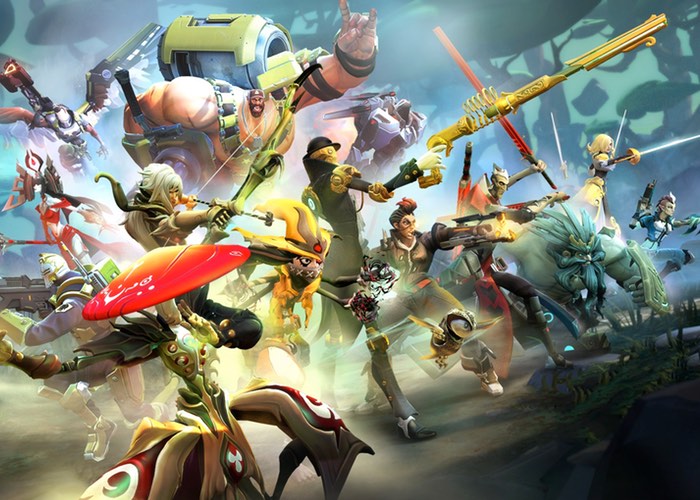 Gamers that have been patiently waiting for the launch of the latest game created by Gearbox Software in the form of Battleborn, that offers an online first person shooter which has been published by 2K Games.

Will be pleased to know that it has today launched and is now available to play on the Xbox One, PlayStation 4 and PC systems. Check out the launch trailer below to see what you can expect from this new online shooter which has been created by the Borderlands team of developers.

At launch Battleborn offers 25 playable characters for players to choose from each with different abilities and weapons and also includes a campaign mode, that can be played solo or co-operatively with four other players.

A tremendous band of badass heroes fight to protect the universe’s very last star from a mysterious evil in this next-gen shooter by the creators of Borderlands. To defend it, you’ll need to utilize every type of character and weapon you’ve ever imagined — from cyborg hawkmen to samurai vampires to mini-gun wielding man-mountains. Slash and parry, run and gun, cast and dash, or simply obliterate foes all while building and growing your personal team of heroes. Choose your hero and fight alone or co-operatively alongside friends in story missions, or battle against them in fast-paced competitive multiplayer matches.

Unlike other first-person shooters, the quests and game modes of the game were designed to feature a format and structure similar to a multiplayer online battle arena game. The game will also feature a leveling system, which resets when a match begins. Players start with the same basic level, and they can unlock new skills and abilities during a match. When players gain enough skill points and are allowed to level up, they can select one of up to three choices to pick per level through each characters’ unique Helix Tree.

For more information on the new Battleborn game jump over to the official website for details following the link below.