The Bang & Olufsen 4-103 BeoVision is a massive 103 inches, with a resolution of 1920 x 1080, it features Bang & Olufsen’s VisionClear technology which automatically adjusts the colours and brightness, and the TV automatically re-calibrates itself every 120 hours. 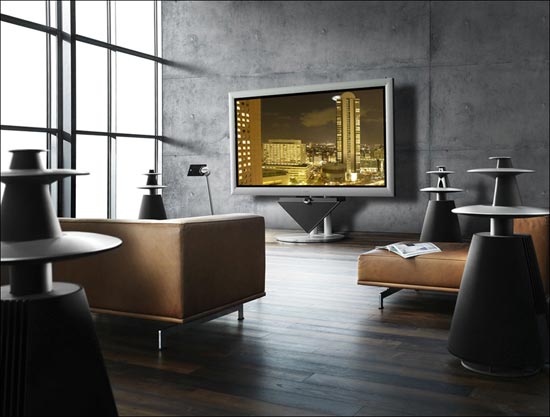 It certainly looks impressive from the photo, mind you it should do at the cost of $135,000, check out Bang & Olufsen’s promo video of this amazing TV.