US mobile carrier AT&T is giving away a free Samsung Galaxy Tab 3 tablet to customers who buy a new Samsung Galaxy device with a new contract between now and Christmas.

To qualify for the free Samsung Galaxy Tab 3, you will need to take out a new 2 year agreement with the carrier, and then purchase one of the qualifying Samsung Galaxy devices 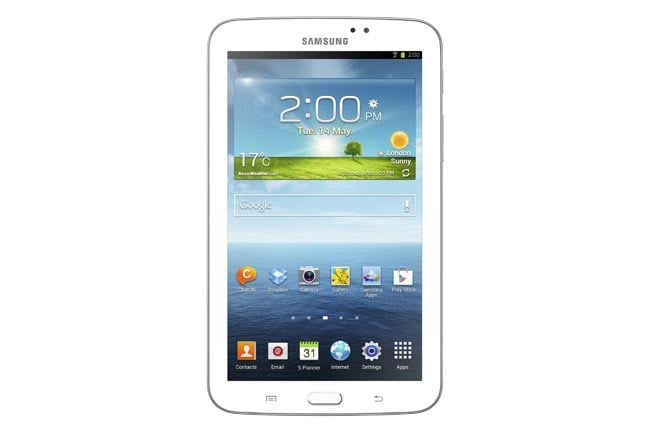 The deal is apparently already available though AT&T’s retail stores in the US and should also be available from their online store some time in the future.

As a reminder of the specifications, the Samsung Galaxy Tab 3 7.0 comes with a 7 inch display that has a resolution of 1024 x 600 pixels, the device also comes with a dual core 1.2GHz processor and 1GB of RAM.

On top of that there is 8GB of built in storage, a 1.3 megapixel front facing camera and a 3 megapixel rear camera, the device also comes with a 4,000 mAh battery, WiFi and Bluetooth, the tablet normally retails for $199.99.