It looks like Asus has decided to expand its transformer range of tablets outside Google’s Android OS as they have announced a new transforming Windows 8 tablet, the Asus Tablet 600.

The Asus Tablet 600 comes with Microsoft’s Windows 8 OS and the devices is powered by a quad core NVIDIA Tegra 3 processor and features a 10.1 inch touchscreen display with a resolution of 1366 x 768 pixels. 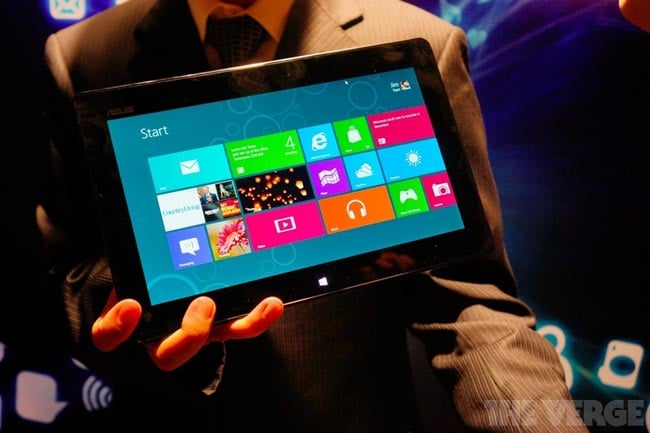 Other specifications in the Asus Tablet 600 include 2GB of RAM, and an 8 megapixel camera, the tablet will also come with a keyboard dock which is similar to that of the ones on Asus’s Transformer Android tablet range.