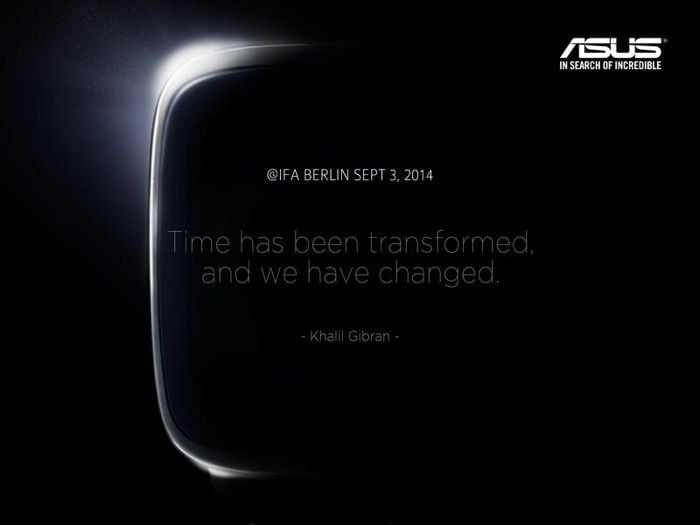 Last week we heard that Asus are holding their IFA press conference on the 3rd of September, the company is expected to release a number of devices at this years IFA, one of those is the new Asus Smartwatch.

Now the company has posted a teaser photo for the Asus Smartwatch on twitter, the photo can be seen above, you can see the tweet that was posted with the photo below.

Something #Incredible is going to happen at #IFA2014, see you there! pic.twitter.com/1Dr2zAo06I

We previously heard a rumor that the new Asus Smartwatch would be an Android Wear device, and whilst we do not know any specifications on this new smartwatch, we know that the company has been working on it for some time.

Asus’s CEO, Jonney Shih previously described the Asus Smartwatch as a ‘Hero Product’, and he said that the device would also come with a range of ‘key features’.

Asus have apparently been focusing on design and features for this new device, and we heard previously that it would be one of the thinnest on the market when it launches.

We are expecting the new Asus Smartwatch to be made official at IFA 2014 next month, as soon as we get some more details about the device, we will let you guys know.