The guys over at Art Lebedev has just announced that they will be launching a new high end keyboard, the Optimus Popularis Keyboard. 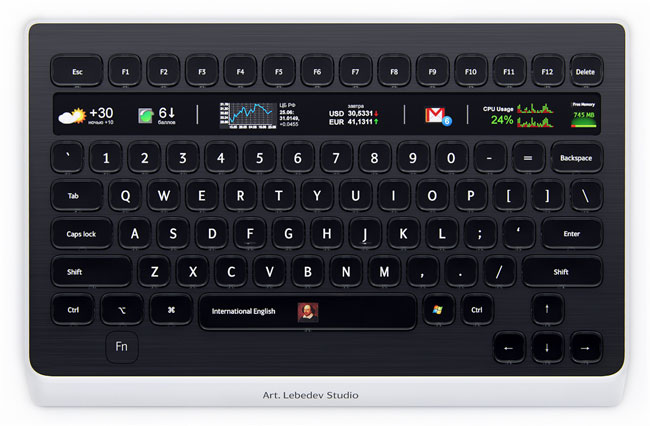 Optimus Popularis comes in compact form-factor without the dedicated numeric keypad section. We have special Fn key in the lower left corner that turns right part of keyboard into the page-up and num-lock keys, as well as the numbers arranged in a familiar calculator layout.

The Art Lebedev Optimus Popularis Keyboard will go on sale before the end of 2010, there are no details on the exact price, all we know is that it will cost less than $1,000.