Its seems that the new Thunderbolt Software Update 1.2 rolled out by Apple yesterday, has caused a few problems for a number of Mac users. Apple explained in the support docs for the software update that it would “adds support for the Apple Thunderbolt to Gigabit Ethernet Adapter”. 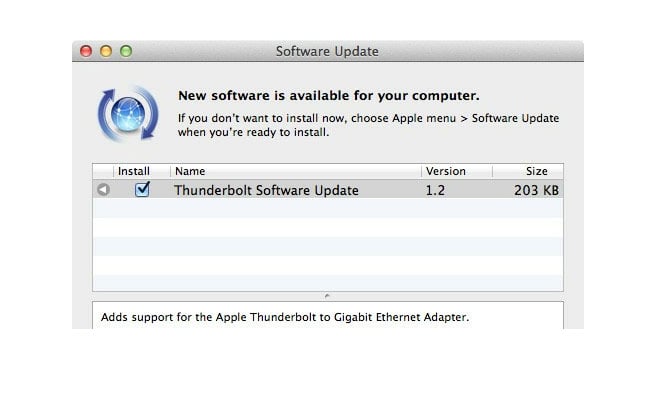 However users are rebooting a number of issues including, rather worrying boot failures, kernel issues, stalled boot screens, or “unexpected error” notices since they installed the new update.

According to the discussions on the Apple forums some users have been left with unusable Mac systems. As more information becomes available on the issues we will keep you updated.