Apple finished the majority of their demolition work on the site for the Apple Spaceship Campus back in February, and now an new aerial photo has revealed the outline of the campus, and shows us how the construction is progressing.

The photo below was posted on Twitter by @Sky1Ron, and it clearly shows the outline of this massive building project that Apple is undertaking. 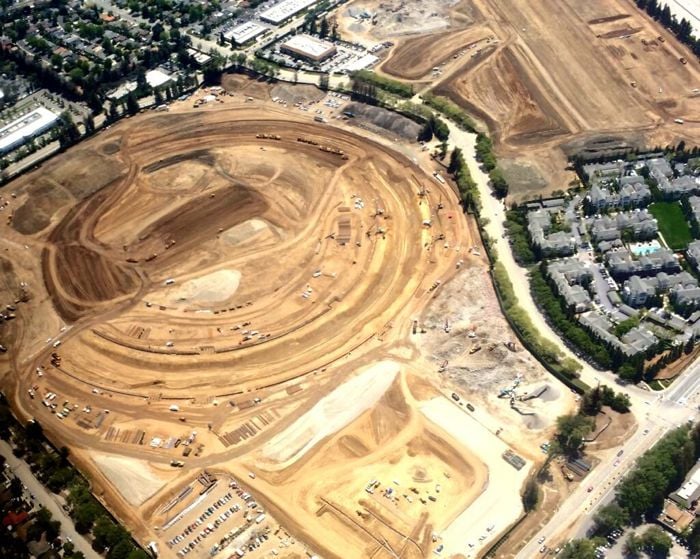 The project that Apple are undertaking is massive, when the new Apple Campus is finished it will house more than 12,000 employees, the main building, which is pictured above will have 2.8 million square feet.

There will be a separate research and development building that will be around 600,000 square feet, the whole project is apparent costing Apple in the region of $5 billion US dollars and it is expected to be completed some time on 2016.