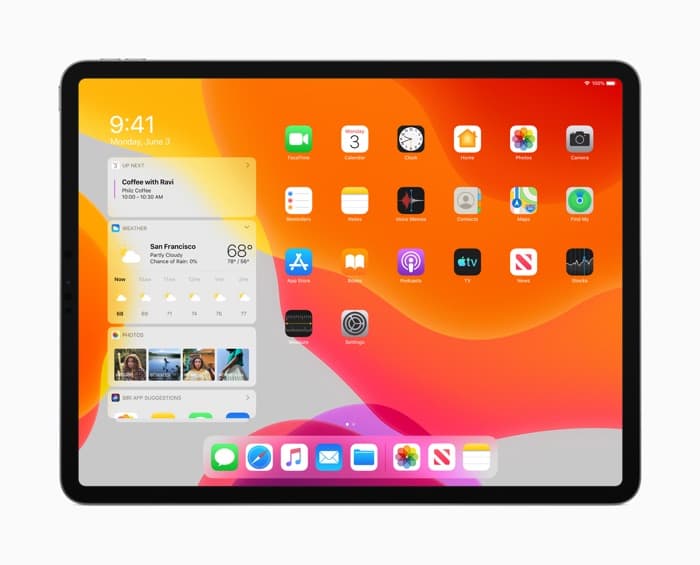 As well as announcing iOS 13, Apple also announced its new iPadOS which has been designed for their range of iPads.

The new iPadOS comes with a range of features which are specifically for the iPad, this includes a new Home Screen, improved Split View, a new more powerful files app and more.

The software also comes with a range of new features for the Apple Pencil, improved text editing, Dark Mode, Custom Fonts, updated Photos app, Sign in with Apple and new Maps, the software also gets a range of performance improvements.