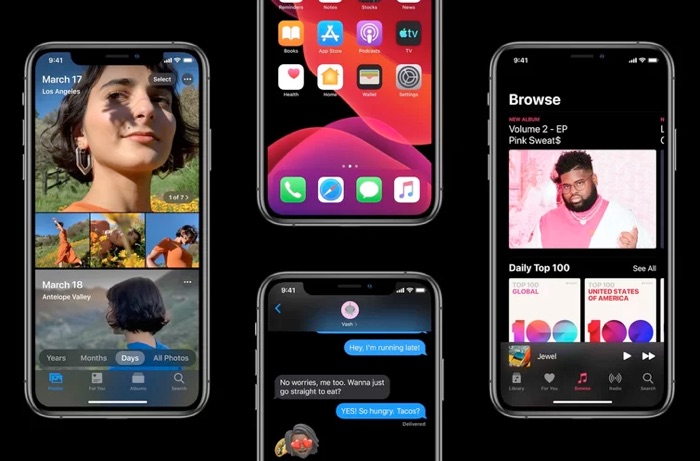 Apple unveiled their new iOS 13 software at their WWDC 2019 keynote yesterday, the software is coming later this year and it will bring a wide range of new features to the iPhone and iPad.

Some of the new features in the next major release of iOS include a new Sign in with Apple feature that lets you sign into apps using your Apple ID.

There is also a new version of Apple Maps, Plus Advanced Photo, Camera Features, the new Dark Mode and much more.

“iOS 13 brings new capabilities to the apps you use every day, with rich updates to Photos and Maps, and privacy-protecting features like Sign In with Apple, all while delivering faster performance,” said Craig Federighi, Apple’s senior vice president of Software Engineering. “We’re excited for customers to experience what’s coming to iPhone this fall and can’t wait for them to see how great everything looks in Dark Mode.”

Apple is expected to release their new iOS 13 software in September along with the new iPhones, you can find out more details about the software over at Apple at the link below.