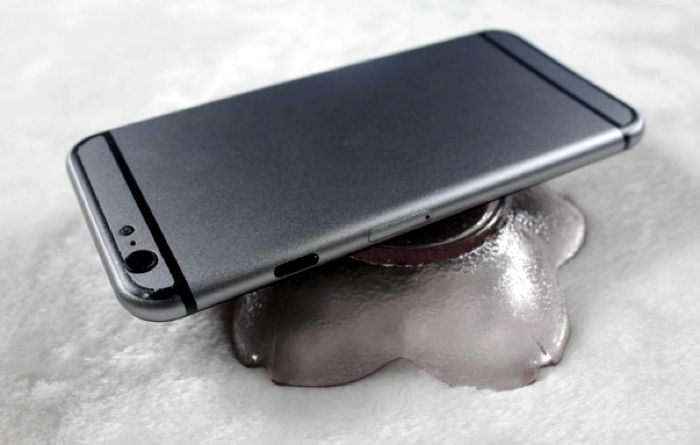 Over the last week we have seen a wide range iPhone 6 mockups, and now we have another one, this one gives us a clearer look at the possible design of the iPhone 6.

The photo above was posted online by Sonny Dickson, and it cleary shows that the iPhone 6 will come with a slimmer design over the existing iPhone 5S.

The new iPhone is expected to come with a 4.7 inch display, this version of the handset should be made official in September, and there will apparently be another version of the device with a 5.5 inch display that will launch later in the year.

We are expecting a number of upgraded on Apple’s next generation iPhone, this will include the new Apple designed 64-bit mobile processor, the Apple A8, and we suspect it will also get more RAM than the current model.

The iPhone 6 is expected to get an updated camera, Apple may still use an 8 megapixel camera for the handset, although it is rumored to be an updated unit with Electronic Image Stabilization.

As well as launching the iPhone 6 in September, we are also expecting Apple to release iOS 8 and the Apple iWatch at the same time, and health and fitness is expected to play a large part in both devices.