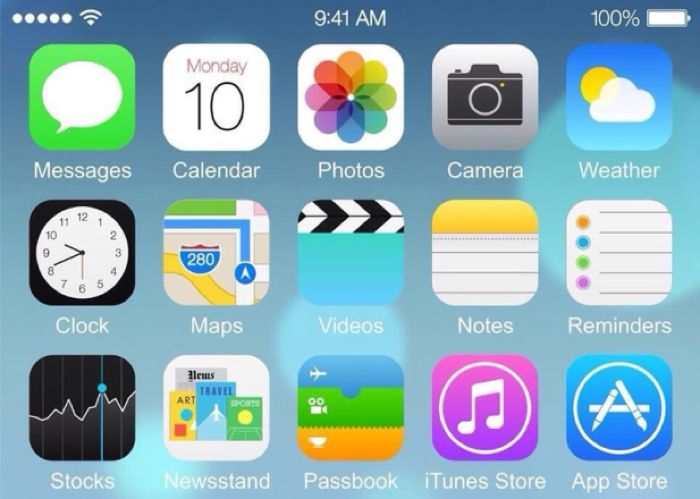 Apple’ iPhone 6 will come with a larger display than the current model, there are said to be two different sizes of the iPhone 6, one with a 4.7 inch display, the other with a 5.5 or 5.7 inch display, and now we have a screenshot of what appears to be iOS 8 on the iPhone 6.

The original screenshot, came with a resolution of 1,600 by 966 pixels, this does not tie in with the current screen resolutions of the iPhone 5S or any of Apple’s iPad’s, which leads us to believe that it is a resolution that we will see on the iPhone 6. 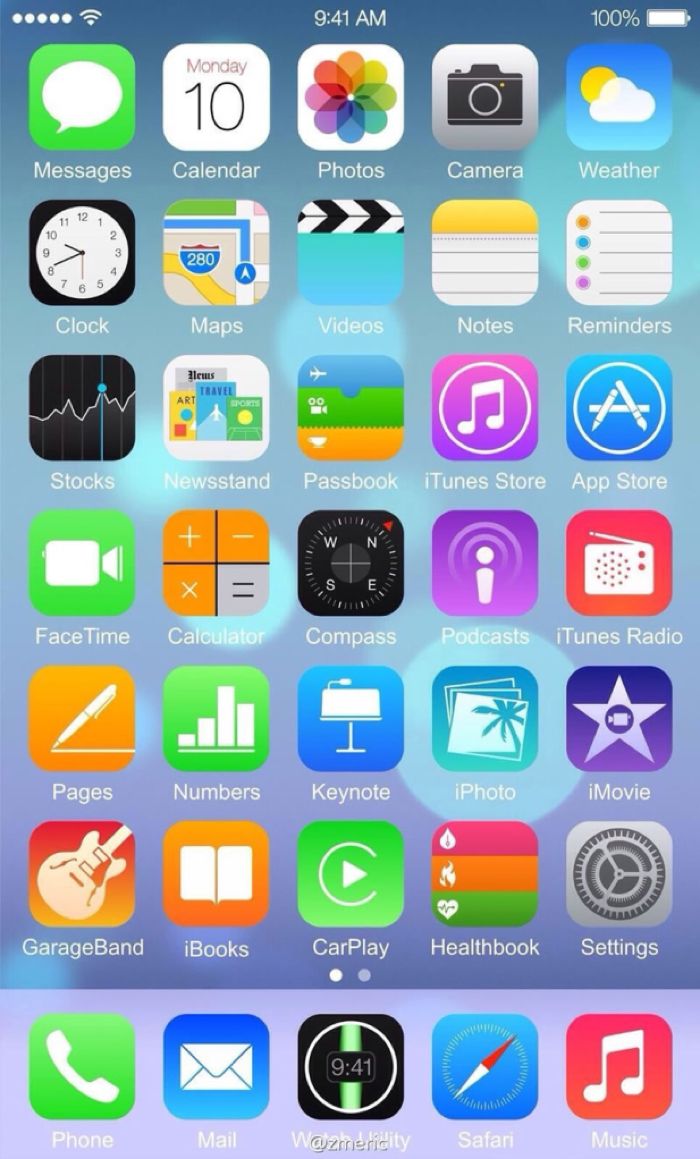 As you can see from the photo, the screenshot shows a number of Apple’s stock apps, plus some new ones, which include iTunes Radio, CarPlay and Healthbook.

There are also all of Apple other apps, which do not come installed on the current version of the iPhone, this includes, Pages, Numbers, Keynote, iPhoto, Garage Band and more.

As well as the larger display, Apple’s next generation iPhone is expected to come with the new Apple A8 processor, which is said to be the company’s new 64-bit mobile processor.

We are expecting Apple to launch the iPhone 6 in September, alongside Apple iOS 8 and the new Apple iWatch, as soon as we get some more information, we will let you guys know.