We have featured quite a few devices powered and controlled by smartphones, the latest one is the Android Powered Robot Tank, which as the name suggests is powered by an Android smartphone.

The video below shows how the tank works, and it was made using a remote controlled tank, an Android smartphone and an IOIO board which connects the smartphone to the tank via USB, have a look at the video of it in action. 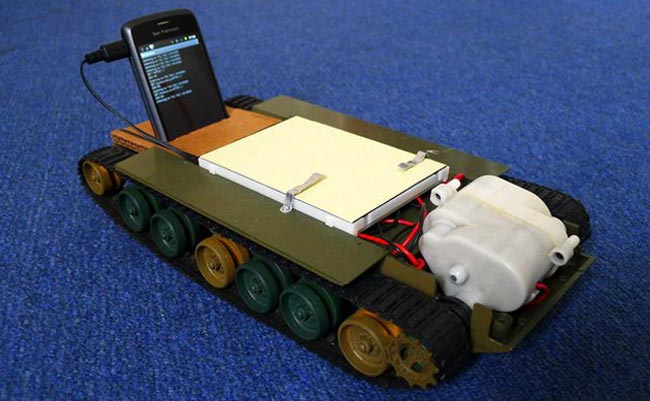 You can find out more information about how this fun Android powered robot tank was made over at Tamlyn.