Google has released its latest Android distribution figures for the 14 day period up to the 4th of February 2013, and Android Jelly Bean is now on a total of 13.6 percent of all Android devices.

Android 4.0 Ice Cream Sandwich is now on a total of 29 percent of devices, which means that Android 4.0 and above is getting close to 50 percent distribution on Android smartphone and tablets. 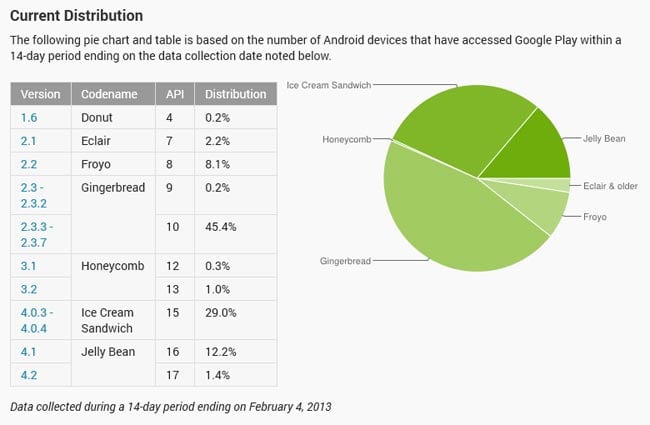 Honeycomb is on around 1.3 percent of Android devices, and Android Gingerbread is still the highest distribution on Android smartphones and tablets with a 45.4 percent share, you can see full details over at Google.