Today Australian based company Amnesia Razorfish has announced the development of its new Amnesia Connect software that allows the seamless sharing and transfer of media such as photos, music or embedded apps between multiple handheld devices instantly, by using a Microsoft Surface table.

Amnesia Razorfish has replaced the typical ‘send and receive’ interface with a more natural single ‘gesture-based’ interface. This allows you to now move their content between two iOS devices by simply dragging content off the phone onto a Microsoft Surface and then back onto another device instantly, using gestures. 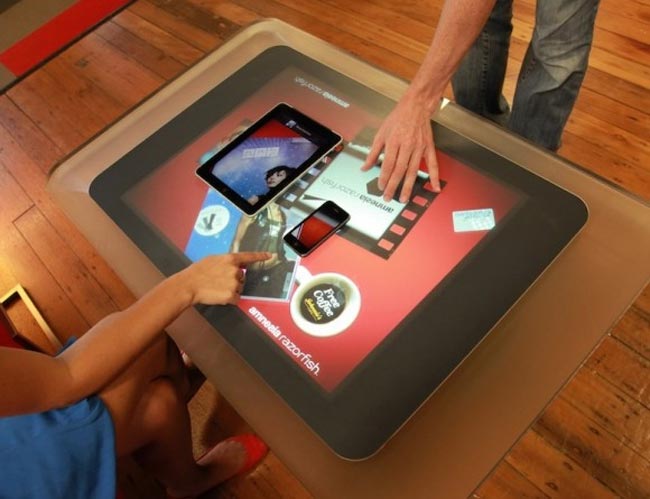 Executive Creative Director Iain McDonald said explains that “The new software promises a range of new possibilities for the retail and hospitality industries in particular. In the near future we envisage§ a smartphone user being to complete commercial transactions for both physical and digital content,”.

Amnesia Connect, currently only works with all Apple iOS devices, but the company is hard at work on a version to be used seamlessly with Android, Windows Phone and Blackberry Smartphones.