Amazon has today launched their Amazon Instant Streaming service on to Xbox 360 consoles. Amazon Instant Streaming is now available from the Video Apps Marketplace on Xbox Live, and provides Amazon Prime members streaming access to over 17,000 movies and TV episodes, via Prime Instant. With another 120,000 movies and TV episodes to rent or purchase, for non-Prime and Prime members. 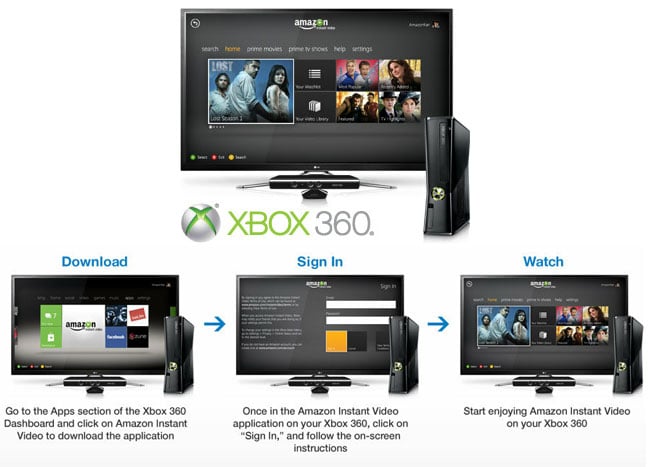 All movies and TV episodes you’ve already purchased or have currently rented from Amazon are now available directly from your Xbox 360. Microsoft’s Kinect motion controller has also been enabled for the Amazon Streaming service, allowing you to control playback from the comfort of your armchair using gestures.