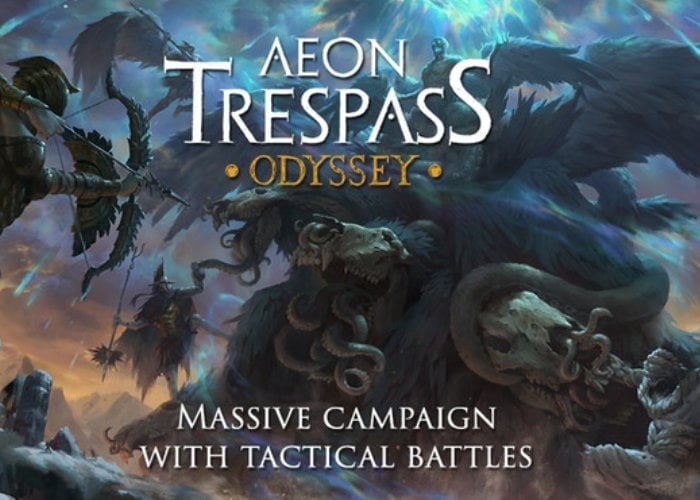 After three years in development the Aeon Trespass Odyssey tabletop adventure has launched via Kickstarter and already raised over $660,000 thanks to over 6400 backers with still 14 days remaining. Aeon Trespass Odyssey has been created to provide players with a massive campaign of adventures, base building and tactical battles with giant monsters. Watch the promotional video below to learn more about the tabletop game for 1 to 4 players. 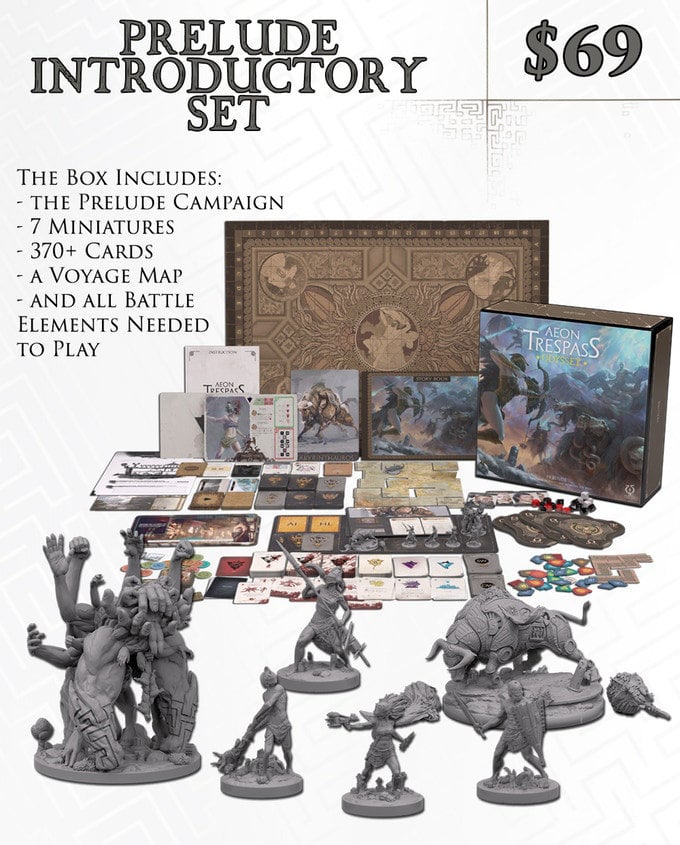 “Aeon Trespass is set in an alternate Antiquity, where a reality-shattering cataclysm killed the Olympian Gods and unleashed the scourge of the otherworldly Primordials. Players become Argonauts, warriors and scholars with the unique ability to control 30-foot tall Titans, the only creatures that stand a chance against these monsters!”

“In a nutshell, it’s an epic 1-4 player massive campaign game of adventures, exploration, base building and fierce tactical battles with giant monsters. It’s a fully co-operative, choice-driven boardgame played over multiple sessions, with over 200 hours worth of unique game content (1500+ cards!), a novel’s worth of narrative and a slew of awesome miniatures (some almost 6 inches tall!). It’s a unique experience, merging ideas inspired by video games like XCOM, Dark Souls, Monster Hunter and the jrpg genre with modern tabletop boardgames, like KDM or 7th Continent.”

“Take control of the greatest ship of the Great Sea and its crew. Train your Argonauts, explore their veiled past and send them on adventures into the dangerous and mysterious lands of Ancient Greece (and beyond…). Learn the world’s secrets and create new technologies that will give you an edge both in combat and outside of it. Manage your resources and develop your base of operations – the floating metropolis of Argo. Build new Facilities, craft new Weapons and equipment. Gather allies and forge political alliances with the world’s factions. And, most important of all, tame the Titans, arm them, evolve them and ride them to battle with the fearsome Primordials.”