The AAXA M1 Micro Projector measures just 112mm by 105mm by 46mm and weighs in at just 13.6oz, although it is extremely compact it is still capable of projecting a screen of up to 100 inches. 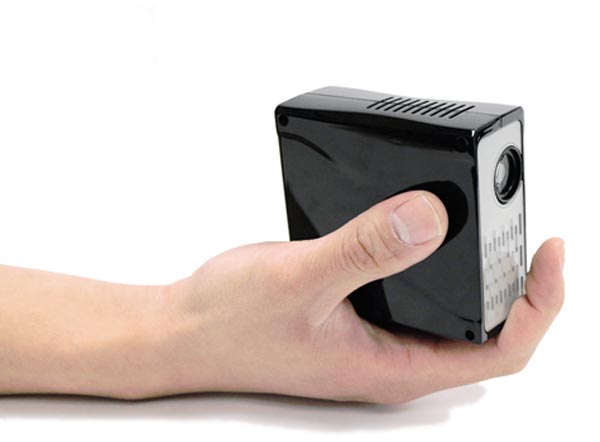 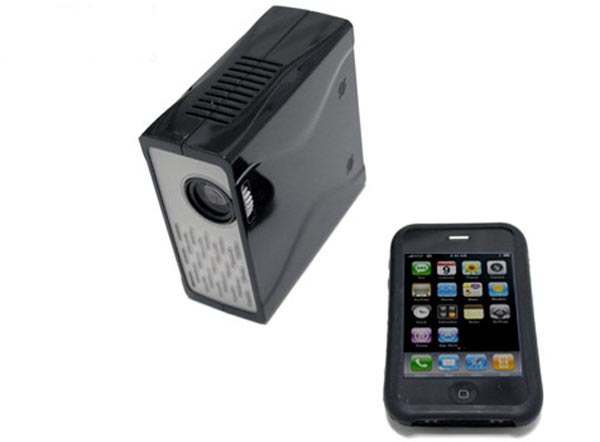 The AAXA M1 micro projector is the brightest “ultra-portable” projector in its class. With its 66 lumen output the M1 projector is capable of producing high resolution images greater than 100” in dark areas and up to 40” in lighted areas.

The M1’s advanced light engine eliminates rainbow issues be removing the color wheel and is optically enhanced and features improved color quality, sharpness, and uniformity over other projectors in its class.

On top of that it comes with a pair of 1W stereo speakers, and 1GB of built in memory plus and SD card slot for expansion.