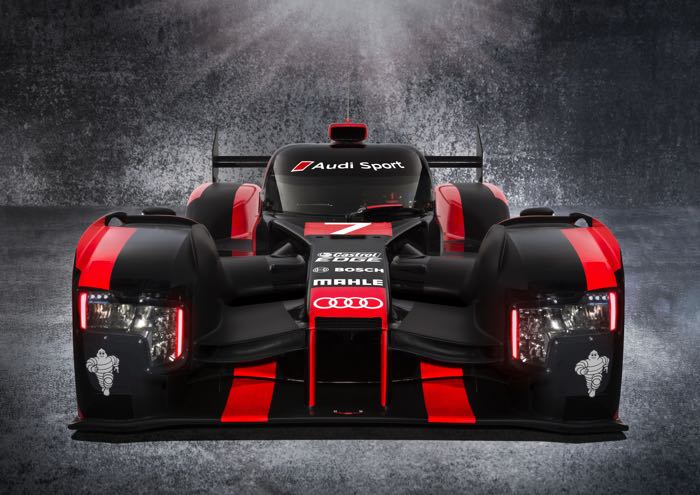 Audi has taken the wraps off their 2016 Audi R18 e-tron Quattro and the car will compete in the FIA World Endurance Championship and at the Le Mans 24 hour race.

Audi Sport has fundamentally re-designed the Audi R18 for the 2016 season. The LMP1 race car that competes in the Le Mans 24 Hours and in the FIA World Endurance Championship (WEC) features innovative aerodynamics, represents the next stage in lightweight design and has a modified hybrid system with lithium-ion batteries for energy storage, plus an efficiency-optimized TDI engine.

“With our new Audi R18, we’re setting a clear signal: Audi continues to put the pedal to the metal in motorsport, deliberately relying on TDI – the world’s most successful automotive efficiency technology – at Le Mans,” says Head of Audi Motorsport Dr. Wolfgang Ullrich.

You can find out more details about the new 2016 Audi R18 e-tron Quattro over at Audi at the link below.