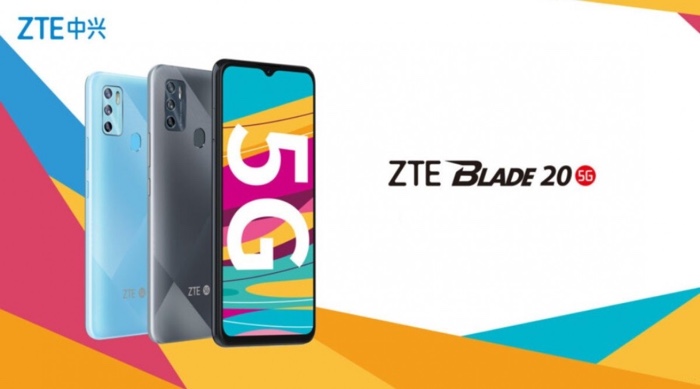 The new ZTE Blade 20 5G smartphone has been unveiled in China and it looks like the rumored specs were correct.

The handset is powered by a Dimensity 720 mobile processor and it also comes with 6GB of RAM and 128GB of included storage.

The device also features a 4000 mAh battery and it comes with Android 10, there is an 8 megapixel front camera for Selfies and video calls. On the back of the handset there are three cameras, a 16 megapixel main camera, 8 megapixel ultrawide camera and a 2 megapixel depth camera.

The handset will come in two colors Mint Blue and Jazzy Gray and it will retail for CNY 1,499 which is about $224 at the current exchange rate.