Google has released a new update for it to YouTube Capture iOS application, which brings with it new support for Apple’s iPad tablet range.

If you haven’t already used the Google YouTube Capture by iOS application, its been created to provide users with an easy way to capture and publish YouTube footage direct from your iOS devices. 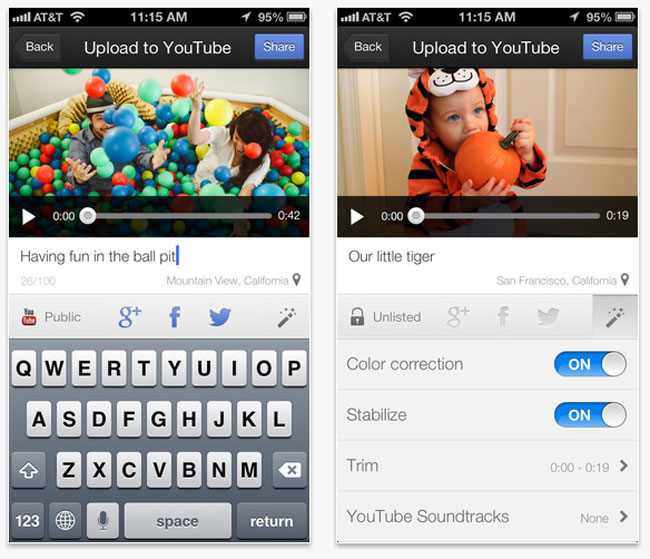 The latest YouTube Capture iOS application is now available to download from the iTunes app store for free and supports both the iPad and iPad Mini now. Google explains:

“We want to make sharing video on YouTube as easy and fun as it is to watch it, especially on mobile devices. With the YouTube Capture app now for iPad and iPad mini, you can record, edit and share your video in just a few clicks. After filming a video, you can quickly add auto color correction, auto stabilization, trimming and music.