This Ukrainian designer dude named Andy Korovets just came up with a novel idea for a watch. Instead of the usual hands (which are sooo boring), why not teensy-tiny flames? Imitation LED flames, that is. See the pic down south? That’s a blue flame for hours and a yellow flame for minutes. 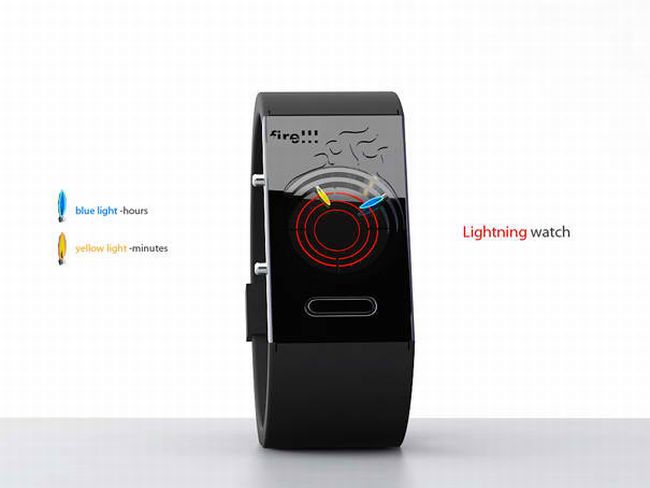 Although “fire” is etched at the upper left corner of the watch, there’s no real fire involved with this concept wrist watch. It would be cool if it were, though. If you had real fire on your wrist, you can:

5.     Survive in the frozen wilderness of Alaska in the unfortunate event your plane crashes.

Okay, okay, that last item on the list was really far out. Besides, those are fake flames. Cute as they are, they’re just fancy LED illusions. But the Lightning LED watch (that’s the name so far) has a good chance of coming to life if enough people vote for it on Tokyoflash.