Tenori-On is completely unlike any existing musical instrument. Users operate the Tenori-On’s LED buttons to play phrases and tempos. An array of LEDs on the instrument draws attention at first sight. On both rear and front sides of the Tenori-On, 256 LEDs (16 columns x 16 rows) are laid out. For example the LEDs on the front side, which faces the user, are buttons that can be pressed to play music and compose songs. 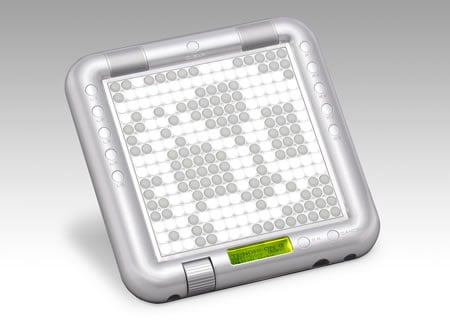 The LEDs on the rear side display the same pattern as those on the front side, so viewers in the audience can enjoy the variation of sound and light when the Tenori-On is used for a stage performance.