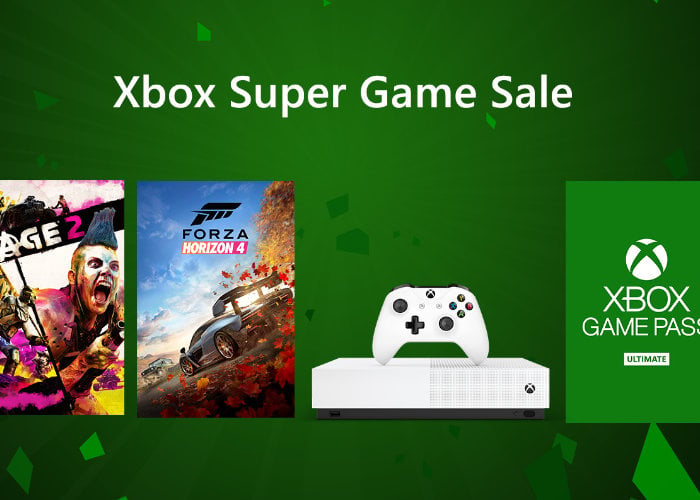 Microsoft has today started the first-ever first ever Xbox Super Game Sale offering a chance for gamers to grab some big savings on Xbox Game Pass Ultimate, Xbox and Windows 10 digital games, Xbox One S consoles, gaming PCs, and accessories. The Xbox Super Game Sale will run until July 29th, 2019. Check out a selection of Xbox deals below :

“Save up to 70% on more than 700 Xbox digital games and add-on packs including popular titles like Rage 2, Forza Horizon 4, Tom Clancy’s The Division 2, Gang Beasts, Call of Duty: Black Ops 4, and more. There’s also 100 Xbox One games priced at $10 or less. Check out the full list of savings on Xbox digital games below. Don’t forget that Xbox Game Pass Ultimate and Xbox Live Gold members save up to 10% more on top these great deals on Xbox games.”