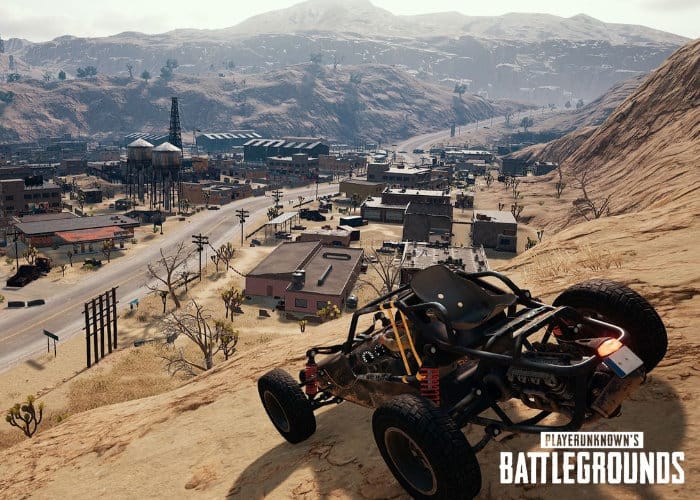 Xbox gamers looking forward to the arrival of the second map for the hugely popular PUBG Battle Royale game may be interested in a new comparison video created by the team over at Digital Foundry which compares the Miramar Desert Map on both PC and Xbox One providing feedback on what you can expect from performance, graphics and gameplay. The new Miramar map is already available on PC systems and provides a second 8 by 8 kilometre map for PUBG players to enjoy. Check out the overview video below to learn more about the map and its features thanks tom the Eurogamer team.

– Hacienda – This is Miramar’s version of Erangel’s School; a smallish complex absolutely bursting with good loot, but also almost guaranteed to have other players there too, even if the plane’s path was nowhere near it and you got there as fast as you could. Survive the shootout and you’ll be one of the most well-kitted in the game.
– Prison – Like Hacienda, this place has probably the best loot in the game. Unlike Hacienda, it’s less popular because it’s right in the corner of the map, meaning it’s only viable on occasion. The best time to go here is when the plane’s path is quite far away, but you can get close-ish on landing, and arrive within about a minute by vehicle. That way you normally get it to yourself, and have time to quickly book it to the safe zone after.
– Casino at Pecado – The Pecado Casino is a bit like Erangel’s Hospital. A single, large-ish building filled with top-grate weapons and gear. It’s very central though, like Hacienda, which means it’s almost always in range of a parachute drop and therefore almost always full of people, so expect a shootout if you go.
– Ladrilleria – A lesser-known gem that I hate to tell the world about, Ladrilleria normally has enough equipment for one or two players although it varies greatly with RNG. Sometimes there’ll be three M416s and level 2 armour, sometimes three Winchesters, depending on your luck. It’s normally quiet if it’s on the edge of parachute distance and is also close to another large town and some warehouses that you can progress to if needed.
– Military Camp – Right in the top-right of the map this place is rarely in range of the drop, and often leads you stuck right at the far end of the map to the safe zone if you get bad luck with the RNG, but it’s full of great gear. The main issue is that it’s so spread out that it takes a long time to actually hoover it all up, but it’s great for squad play where you can afford to spread out a little yourselves.
– Minas Generales – A bit like Ladrilleria, this place is rarely dense with other players, partly because it’s quite close to hot areas like Hacienda and Pecado which the masses tend to prefer. The various levels of the big machinery structures have lots of level 2-rated gear, and inside the multi-level buildings you’ll find a good range of weapons. Another one good for squads as it’s quite spread out again. Move into Graveyard, too, if you’re still short of one or two key items.