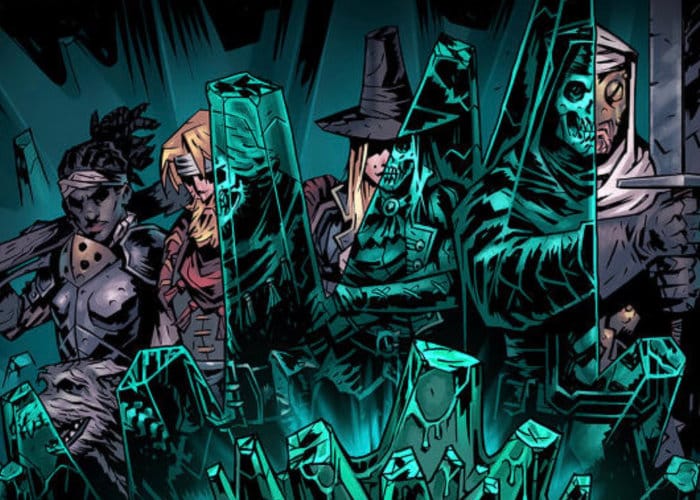 “Some hateful shard of alien origin has streaked through the night sky, crashing into the old Miller’s farm on the outskirts of the Hamlet! Those unfortunate enough to witness the Comet’s arrival have been blinded by what they can only describe as a shifting, ephemeral hue of damnably abrasive intensity. There has been no word from the farm in a fortnight, save for the unearthly groaning that echoes from the ruin of the mill…”

Features of the new expansion include :

– Wave-Based Survival in a New Environment: The Farmstead!
– Nonstop action! Fight through endless groups of monsters in an effort to reach the comet’s crash site.
– Get lost in Time and Space! Some waves will bring you face-to-face with foes from the other core regions of the Estate. (Courtyard and Darkest Dungeon will keep to themselves!)
– Track your highest kill count, compare with friends and enemies alike!
– Three new repeatable quests: a novice introduction, a veteran boss-kill, and an endless darkest-level wave-based combat experience.
– Resupply! Bolster your party with consumables obtained from mysterious new curios between waves of combat.
– An All-New Enemy Faction. The Miller and his loyal workmen have become lifeless husks, consumed by the ever-growing crystalline influence that has spread from the comet across the farm…
– 2 New Bosses – The Miller – Thing From the Stars (mini-boss)
– Twisted New Trinkets – Available for purchase from the Jeweler, a new vendor in the Nomad Wagon. Put your gold away—he trades only in Comet Shards!
– New tunes! – The Farmstead boasts the longest, most involved combat score to date! And a bunch of other…maddening…stuff we’re not ready to share!

For more information jump over to the official Steam page via the link below.