Microsoft has launched Xbox Music for Apple’s iOS platform, the app is compatible with iOS 6 devices including the iPhone, iPad and iPod Touch.

The app is available as a free download, although you will need a subscription to Microsoft’s Xbox Music service, you can see more details of what is included in the app below. 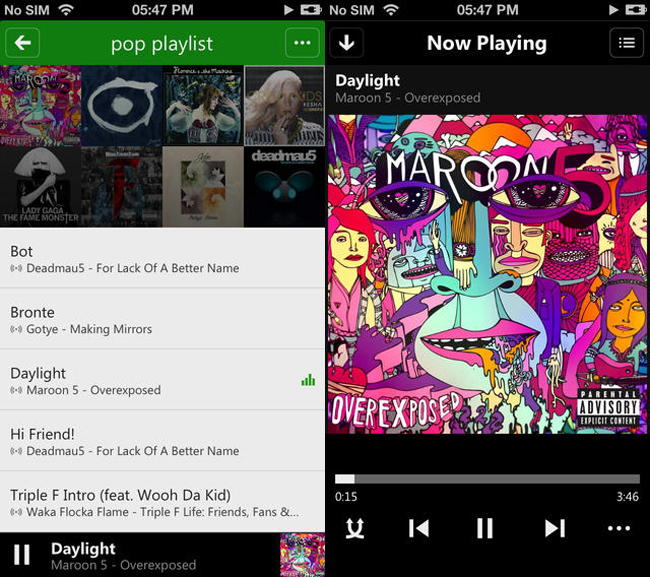 Xbox Music brings you all the music you love, every way you want it. Now you can access your Xbox Music Pass on your iPhone, Xbox, Windows 8 PC or tablet, and the web.

Xbox Music Pass on iPhone features:
•Stream ad-free music from a catalog of tens of millions of songs
•Add songs, albums, and playlists to your Xbox Music collection and access them from other devices
•Create playlists that sync across your phone, Xbox 360, PC, tablet, and the web
•Listen to music while using your iPhone
•Listen to artist-based radio stations
•Enjoy a rich visual experience for searching, viewing , and playing back music

You can find out more details about Xbox Music for iOS over at iTunes.