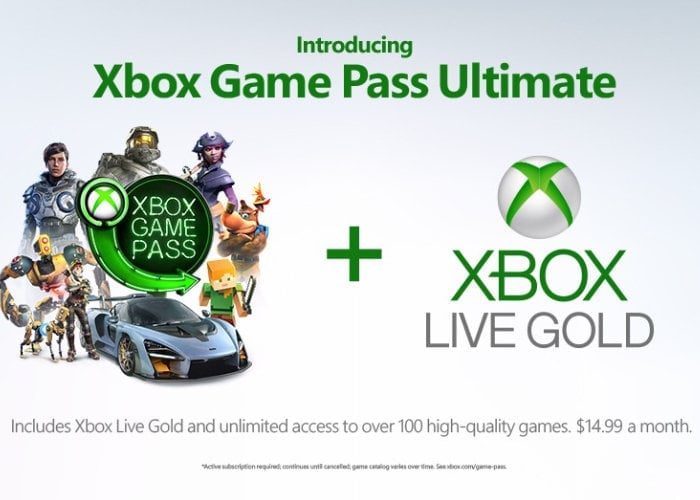 The new Xbox Game Pass Ultimate subscription will provide gamers with all the benefits of both Xbox Live Gold with Xbox Game Pass, offering a combined service with over 100 high-quality games to choose from as well as the ability to play online using the Xbox Live Gold online multiplayer saving your hard earned cash if both were previously purchased separately. “With Game Pass Ultimate, gamers will be able to play together on the most-advanced multiplayer network and discover their next favourite game” says Microsoft.

To learn more about the new a new Xbox Game Pass Ultimate subscription service that fuses Xbox Live Gold and Xbox Game Pass for a monthly fee of $14.99 offering gamers a 25% discount when compared to buying each service separately, jump over to the official Xbox website by following the link below.