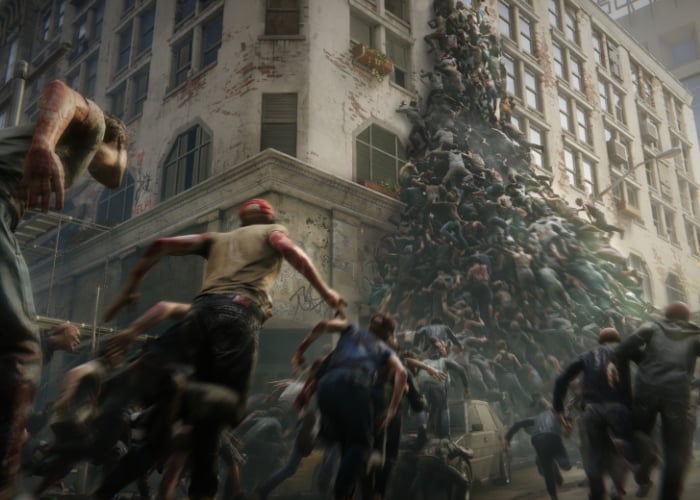 Following on from yesterday’s reveal of the new World War Z game mode Players vs Players vs Zombies. The games developers Saber Interactive have today announced the zombie shooter will be officially launching in a few months time on April 16th, 2019 and will be available to play on the Xbox One, PlayStation 4 and PC systems. Check out the announcement trailer below to learn more about what you can expect from the new game based on the zombie movie of the same name starring Brad Pitt. Just remember to stock up on plenty of ammo.

“Powered by Saber’s dynamic Swarm Engine, World War Z unleashes hundreds of fast-moving, bloodthirsty zombies at a time on players in a nail-biting action experience around the world, including New York, Moscow, Jerusalem and more. Play in co-op with up to 3 friends using six distinct classes and an arsenal of deadly weapons, explosives, turrets and traps to demolish the undead menace and survive another day.”

Recommended PC specifications for the World War Z game include :