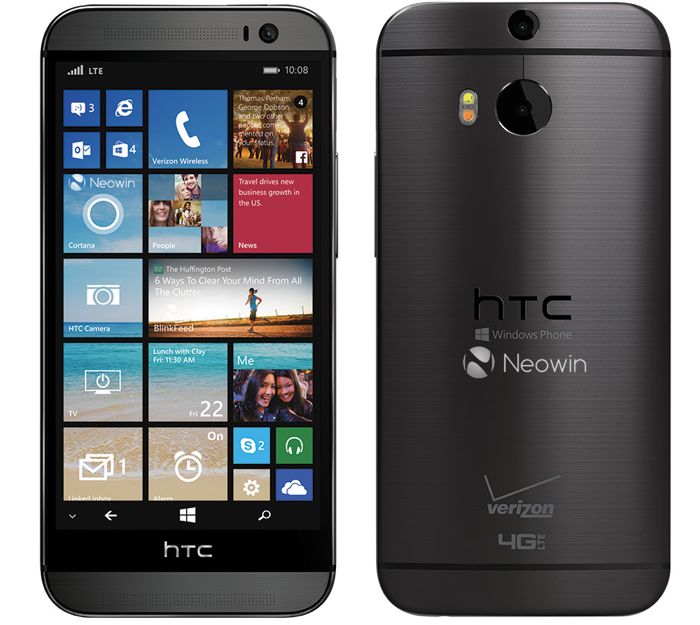 Earlier this month we saw a photo of the new Windows Phone HTC One M8, and now we have another photo of the handset with branding from Verizon Wireless.

The Windows Phone HTC One M8 is expected to come with similar specifications to the Android version of the device, it is said to feature a 5 inch full high definition display with a resolution of 1920 x 1080 pixels.

Under the hood of the Windows Phone HTC One M8 is a quad core Qualcomm Snapdragon 801 mobile processor and 2GB of RAM, the device will also come with 32GB of built in storage.

Should you need extra storage, the handset will come with a microSD card slot for expansion, this will allow you to add in up to an extra 128GB of storage.

The Windows Phone HTC One M8 will also come with a 2600 mAh battery, WiFi, Bluetooth and front and rear facing cameras. On the front of the handset there will be a 5 megapixel camera for selfies and videos, on the back there will be dual HTC Ultrapixel cameras.

The handset will also come with Windows Phone 8.1, and the device is expected to be announced some time this week, as soon as we get some more details we will let you guys know.