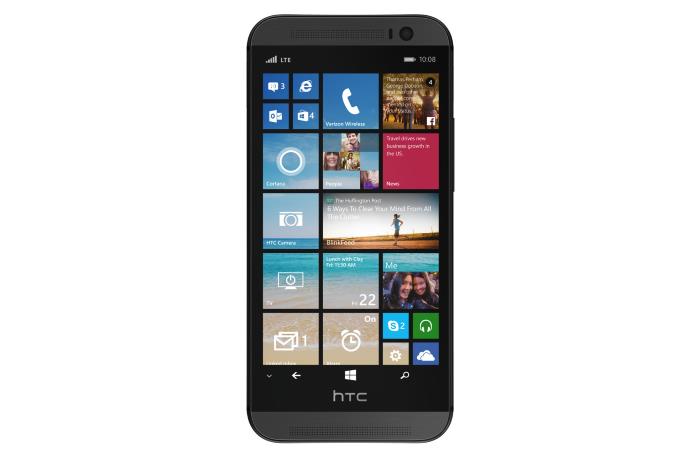 We’ve heard a few rumors hinting at the launch of a Windows Phone-based HTC One M8. The information came to light a few times, with rumors hinting that the device will launch on Verizon in the coming weeks.

Recently, the folks at Verizon accidentally leaked the alleged HTC One W8 which will reportedly come with Windows Phone 8.1 as its operating system, along with a bunch of HTC exclusive apps on board.

For those of you who had doubts, this leaked image should confirm the existence of the device. HTC has been a Windows Phone hardware partner for sometime, but it’s been a while since the Taiwanese OEM launched a handset powered by Microsoft’s operating system.

Spec-wise, it seems the handset will come with a similar set of specifications offered by its Android counterpart. Previous rumored hinted the alleged device will come with HTC’s Duo Camera, and BoomSound speakers. If you take a closer look at the image, the HTC Camera could let users make use of the duo camera functionality on Windows Phone.

Other rumored specifications include 5-inch 1080p display, Snapdragon 801 chipset, 2GB of RAM, 16/32GB storage with a microSD card slot and a 2,600 mAh battery.

There’s no word if the device will be exclusively available from Verizon or other carriers will also get a chance to sell it to its  customers. We’ll find out on August 19th, HTC has scheduled a press event in New York City where the company is rumored to take the wraps off the HTC One W8. We’ll update you as soon as we get any other information.